Sometimes, Even 40 Pizzas Are Too Few 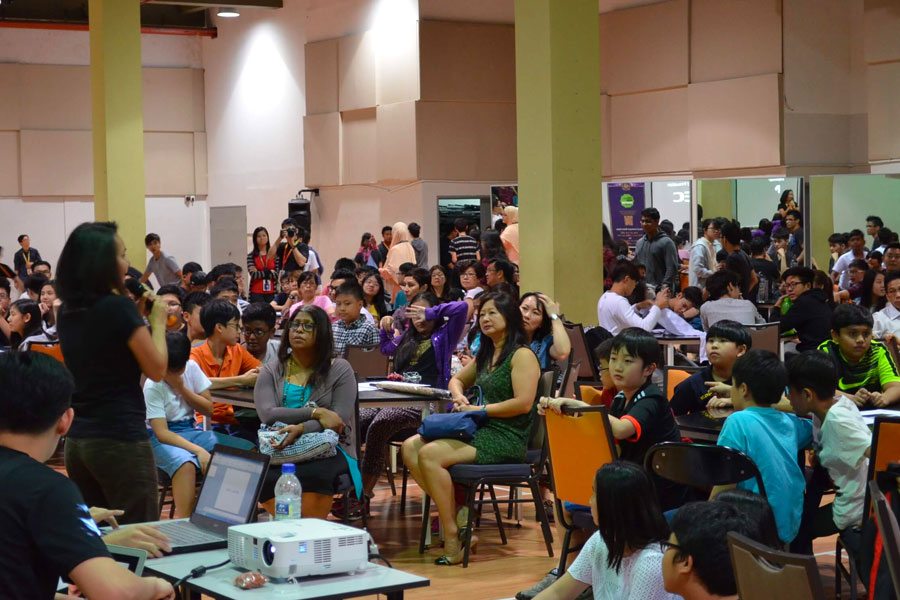 Picture this: the ovens are in full swing since 5pm, crowds moving into the hall, teachers and student ambassadors alike are welcoming guests left, right and centre. It’s quite the scene in this space usually filled with kids in sports gear. With so many people around, all conversations blur into one big hum of excitement and anticipation. So what’s the purpose of all this action? The answer is simple to understand but arguably difficult to say fast: It’s the ChemCaper Crowdfunding Kickstarter Pizza Party.

To almost everyone in education, smart phones, gadgets and technology, can often be the ultimate distraction for most students. However, we really cannot deny the fact that technology plays an increasingly important role in our daily lives and we can’t just expect to separate students from it. In fact, it has to be a mainstay and constant companion in classrooms. Here’s the kicker though: Merging education and technology has to – and will – deliver a positive learning outcome.

So we set out to make sure that actually happens. When you look around and find there is nothing out there which can check off all the necessary boxes, what do you do? You build it yourself, of course. The result of that is ChemCaper, the world’s 1st Chemistry role playing game. ChemCaper introduces kids to Chemistry on their own terms, through play and exploration and we plan to bring the game to as many students as possible. It was pretty clear that this endeavour for a PC version couldn’t be pulled off just by ourselves and that’s where Kickstarter – a huge crowdfunding platform – and our little pizza shindig came in. Kickstarter is great for connecting brilliant ideas with people who want to help out in funding them and we ran our campaign there for 30 days.

The support and attendance of parents, students, friends and extended family of the school was almost overwhelming and to say it went far beyond our expectations would be an understatement. Almost 400 people showed up and we literally couldn’t bake the pizzas fast enough. Even though they were flying out the oven in pairs at an amazing pace, it took only a fraction of the time to devour them!

In light of that, we are of course putting on another pizza party sometime around April/May, after ChemCaper’s big launch on March 14th and we’ll keep everyone posted on the when and where, right here.

Overall, we are proud to update that our campaign on Kickstarter was a great success, with over 1,000 backers from all corners of the world. More than that though, we are humbled and grateful for every single person who showed up at short notice, on a weekday to lend a hand and pledge their support to our drive of making a big change in education. Truly, truly grateful.

What follows below are some shots from the pizza party, see if you can spot yourself and drop us a comment if you like. In the meantime, we’ve got something fresh cooking here on the blog so be sure to stop by within this week to catch a glimpse of what goes on in our classrooms.

Speak to our Consultants

Stay on track with ACE. Follow us on Social Media